Cue the Looney Tunes theme music. Here we go. This is a brand new venture for me, so we’ll just sort of see how I do. But I want to start by telling you what this is, and why I’m doing it.

They call this thing a blog. I don’t know who they are or how they came up with this word, but I don’t like it. It’s ugly. It sounds like some sort of bodily function. So I’m going to think of this as my column. We don’t really have to

call it anything, but some of it will be like my Editorial columns in Street Rodder, Hot Rod, or–better yet–Rod & Custom magazines back in the day. Yes, Editorial columns express opinions. And any of you who know me, know that I have opinions.

Short story: Several years ago at the Leadsleds meet in Salina, Kansas, we were giving out awards. “Diehards” founder Gary Minor got up to give his, and began by stating, “People say I’m opinionated. I’m not opinionated–I’m right!”  It was my turn next, so I said, “Well, I’m not always right…but I am opinionated.” Nobody disagreed. And this is just a small example of another thing I’ll do in this column–tell stories. Some will be personal reminiscences. Some will be backstories or behind-the-scenes revelations. Some will be tales told to me by names you will recognize in the rod and custom fields.

And yes, as its name strongly indicates, this column will be about hot rods and custom

cars, but in the broadest interpretation of those terms: old ones, new ones, lost ones, found ones, perhaps strange ones, and certainly ones I just happen to like a lot (and wish to share with you). Also some kinds I wish people would build…some fresh ideas.

But as columns go, this one will probably be most like the old “Roddin’ at Random” section that used to lead off Hot Rod magazine in its heyday. A little of this, a little of that. Old news, new news. I might even throw in a few things like tech tips or tool tricks, or

lessons I learned the hard way (so you don’t have to). We’ll see. Plus you can tell–or ask–me to include whatever you want. Unlike most blogs, this won’t be an interactive site where anyone with two fingers can add their two cents to whatever topic is at hand. But there is an email address listed below where you can send Letters to the Editor with suggestions, requests, complaints, kudos, and hopefully some relevant topics of your own (accompanied by good photos?) that you’d like me to include here.

That brings up two things. First, like most of the magazines and books I’ve been involved with (and as exemplified by this initial column) this site will be largely photo-driven. I’ve 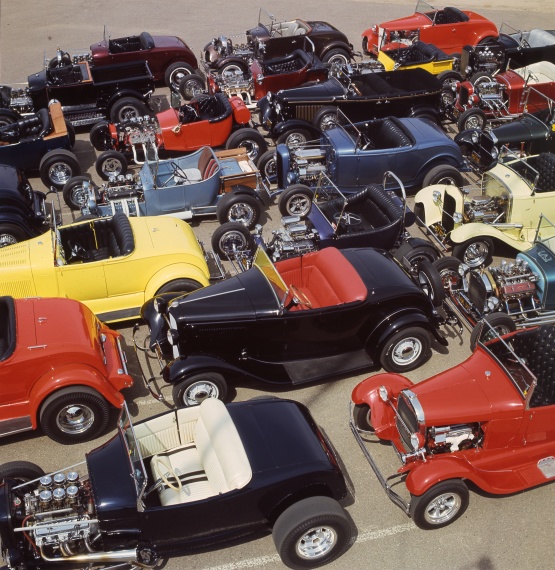 been taking photos since I was a kid, and collecting them from others for nearly five decades. You’ve seen a whole lot of them. But there are way more that you’ve never seen–yet. You never know what I might pull out of my archives. In fact, I usually surprise myself when I dig through it.

The second thing is me. I of course presume most of you know who I am, and my long tenure writing, as well as photographing, for several rod and custom magazines and numerous books. On the other hand–given that I am now an old fart, if not a has-been–I truly hope that a good number of you don’t really know all that much about me since you’re relatively new to all this either because of your age, or just

because you’ve been involved in other stuff. So to start with the obvious, I am Bill’s dad. Yes, I am about half responsible for him. But I’m not nearly as responsible for any of his car-building talents as people tend to think. The introduction, the interest, the milieu, the history, yes. But the

welding, the fabricating, the metal-shaping, the design-eye…all that is self-taught. I wish I could do the stuff he does.

In some later column I’ll tell the untold tale of how I happened into the rod magazine business. But in brief, I got hooked on hot rods by the age of 12, subscribed to Hot Rod magazine, read the “little books,” customized my bicycle, built models, and so on. When I got my first piece-of-junk car I did everything I possibly could to it, making parts in metal shop, while helping several friends build cooler cars than mine. I can tell stories about much of this later, if anyone’s interested. More important, I got into the

magazine field just as the new street rod movement was blossoming in the early ’70s. As Editor of Street Rodder, I also pushed for the rebirth of custom cars, and stretching the pre-’49 limit to include cars and trucks of the ’50s and early ’60s. Later, at Hot Rod, I not only championed low-buck rods and the birth of vintage drag racing, but I was also heavily involved in both, building rods in my garage and racing an Altered and a Top Fueler on the track. In the meantime we brought back Rod & Custom (where did it go…?). But enough of that.

Why am I doing this now? For several reasons. The first being to support and hopefully

help to promote Bill’s excellent business. I won’t do columns about what’s going on in his shop. But I hope that anyone who’s tuning in to read this will also check out the rest of his site. His Instagrams, in particular, not only show what he and the South City crew are doing, but also add a level of wit that’s really entertaining. As for me, yes I am truly retired. After 45 years, no more articles, no more books, no more deadlines, no pay. There’s a refreshing freedom in this. So I’ll do these columns when I want to. Nobody’s going to tell me what I can or can’t say. 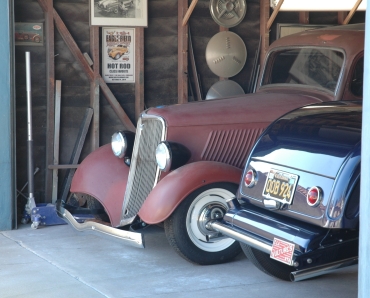 But I’ve realized that there are a whole lot of stories left to tell; there are literally thousands of photos that haven’t been seen; and there’s new stuff happening all the time with fewer and fewer outlets to tell it. I want to share what I’ve got. So let’s give this new medium a try.

Tell me what you think.